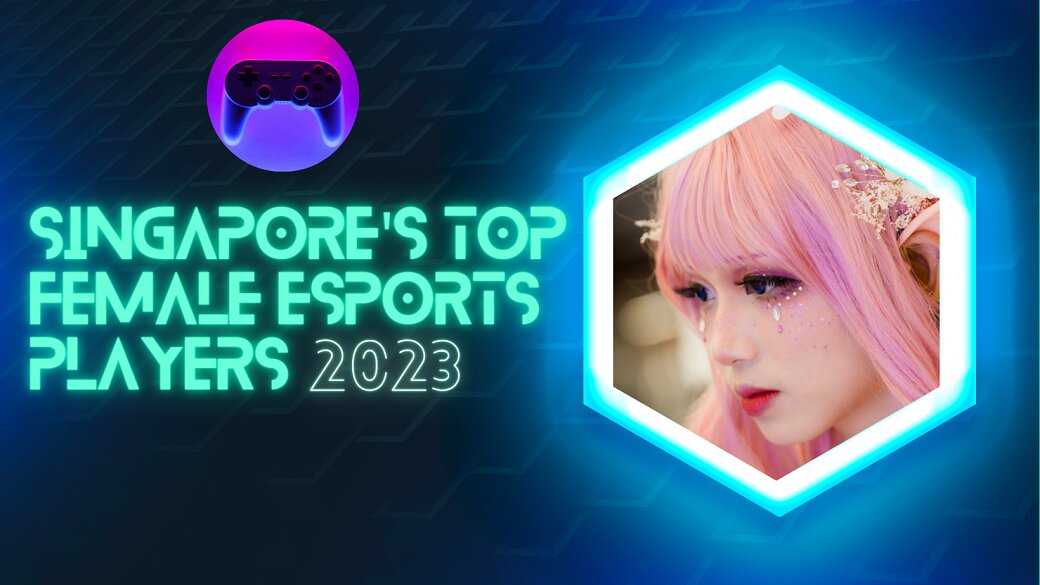 Singapore is emerging as the hub for e-sports in Southeast Asia, all thanks to government backing, new sponsorship opportunities, and a talented pool of young online players. And while news like the first ever Olympic Esports Week to be held in Singapore in June 2023 is encouraging news for the field, there is yet to be a better infrastructure for the community in general, and especially for female e-sports players in Singapore.

The top ten female e-sports players in the world are dominated by players from the United States, China, and Canada, with earnings ranging from $100,000 to $400,000. In comparison, Singaporean female players have recently started to gain traction, making podium finishes on world stages.

Many top-tier e-sports tournaments with big prize pools, as well as Asian e-sport championships, have made the island state their hosting ground in recent years. And the fame and money gained via Twitch or YouTube streaming has led many upcoming girl gamers in Singapore to become full-time esports streamers. So, find a list of self-made female e-sports players from Singapore and give them a follow for encouragement.

Siti and Nur are a mother-daughter duo who play for the e-sports team “NEWGANK,”  participating in Free Fire Battle Royale games. The Singaporean Duo is best known for their performance in the Free Fire Singapore Championship 2021, held on April 3, 2021, where they ranked #1, beating 11 other participating teams from Singapore.

In addition to winning $1,000 SGD in the tournament, these two E-sports players also qualified for the play-ins of the Free Fire World Series (FFWS) Championship held in Singapore in May 2021. Though their team didn’t qualify for the $2,000,000 USD final and ranked last in the playoffs, the chemistry between Siti, Nur, and their teammates Fahtin “Mirah” Shamirah and Muhammad “MrFrost” Nizam was praised by the fans.

Siti started playing Free Fire back in 2018, when her now-21-year-old daughter Nur introduced her to the squad mode of the popular mobile battle royale game. Nur “M4ryjane” is currently pursuing her higher education in addition to participating in an e-sports tournament as the captain of “NEWGANK.”

Recently their E-Sports team “NEWGANK” participated in Season 1 of Free Fire Challenger Series: Malaysia, held in January 2022. They ranked #15 from the 18 teams that participated in the league circuit of the tournament, and couldn’t qualify for the finals held in February 2022 between top 12 teams.

Abigail “Kohaibi” Kong aka Nyanko is a 21-year-old CS:GO and Valorant e-sports pro player from Singapore. She has been active in the competitive e-sport circuit since 2019, where she mainly participated in CS:GO (Counter-Strike: Global Offensive) tournaments.

Her first major CSGO tournament was in May of 2019, when she competed for a prize pool of RM 50,000 MYR ($12,000 USD) at the Elite Championship Series 2019 held in George Town, Malaysia. Her team, MiSG (Made in Singapore), ranked fifth in the single-elimination B03 tournament.

In June of 2019, she participated in the ZOWIE DIVINA Women’s Asia CS:GO Championship 2019 held in Shanghai, China, and placed third. Then, in December 2019, she participated in the CS:GO NEST Pro Series 2019 Female tournament. She was part of “Team Sway” from Singapore, and after ranking 2nd in the offline qualifiers, she moved ahead for the final championship title. Team Sway finished fourth and received a $1,000 prize.

In 2020, she participated mainly in Valorant mixed and all-female competitions like FSL Valorant and Legion of Valkyries. FSL Valorant Open II was her first ever Valorant tournament with team Ahvuvulurant, and she was declared MVP of the tournament.

Since March 2022, Kohaibi has served as captain and valuable roster member for Team SMG (also known as Still Moving Under Gunfire).

She currently pursue full-time Twitch streaming with her 23.8K followers on her official channel @Wolfsbanee, and also post gaming pc/accessories unboxing on her YouTube channel from time to time.

Daphne Chow may be a relatively unknown name at present but during the 2007-2008 circuit, she was a popular e-sports player representing Singapore at the 2007 Championship Gaming Series Season (Dead or Alive 4) at Culver City, California, USA.

Daphne and Fellow Singaporean player Wilson “Tetra” Chia participated in the “Dead or Alive 4” tournament held in December of 2007 for a prize pool of US$ 216,000. The Singaporean duo represented “Singapore Sword” e-sports team and ranked 7th overall from 12 participating teams and each won $3,000 USD. Tetra further won the DoA4 Male Individual title (ranked 1st) and won US$ 5,000.

Dead or Alive 4 was a 2005 fighting video game published by Tecmo for the Xbox 360 and in November 2021, the game was made available on Xbox One and Xbox Series X/S through backward compatibility. Daphne is ranked 27th in the world at DOA4, when the game was massively popular.